Gas-Phase Condensation (GPC) method is a unique technique to prepare the magnetic nanoparitcles (MNPs), which have wide applications such as permanent magnet, hyperthermia, and drug delivery etc. After the sputtered atoms leave the targets, they collide, agglomerate, and grow into crystalline particles during the flight, before they land on the substrate. That is, the nucleation and growth have not been affected by the substrate, which is very important for thin films growth. Thus, very exciting alloy crystal can be obtained.

L10 phase FePt are attracting researchers’ attention due to its high magnetic anisotropy. High temperature is needed in order to obtain ordered L10 FePt NPs. The L10 FePt NPs are difficult to achieve by post-annealing. The post-annealing can also make severe NPs aggregation. We use modified GPC method which can separate the nucleation and growth stages of NPs both in time and space. We successfully made ordered L10 FePt NPs and investigated their phase, morphology and L10 FePt exchange spring nanocomposite was also made to study the exchange coupling effect and enhance the magnetic performance. 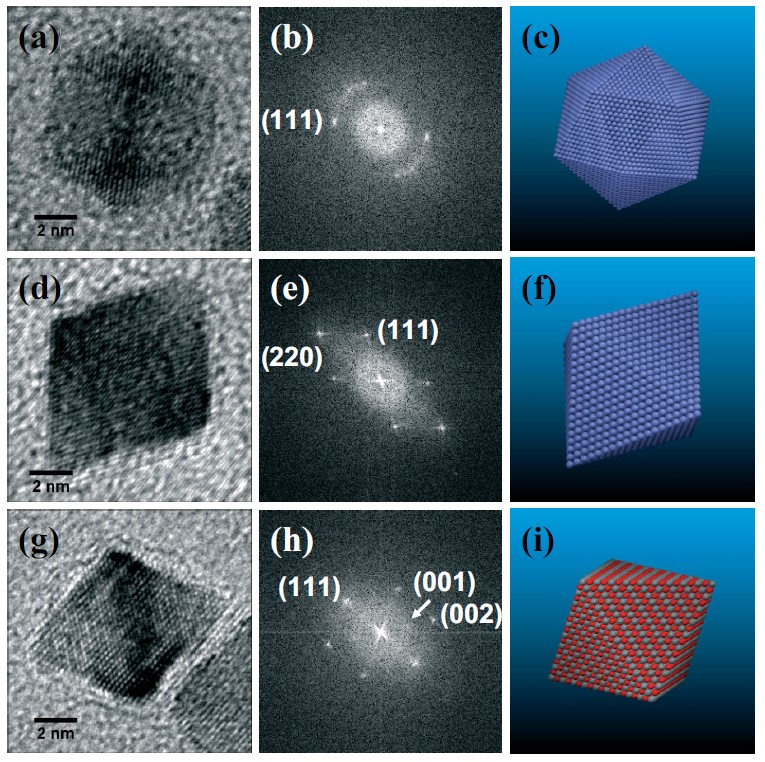 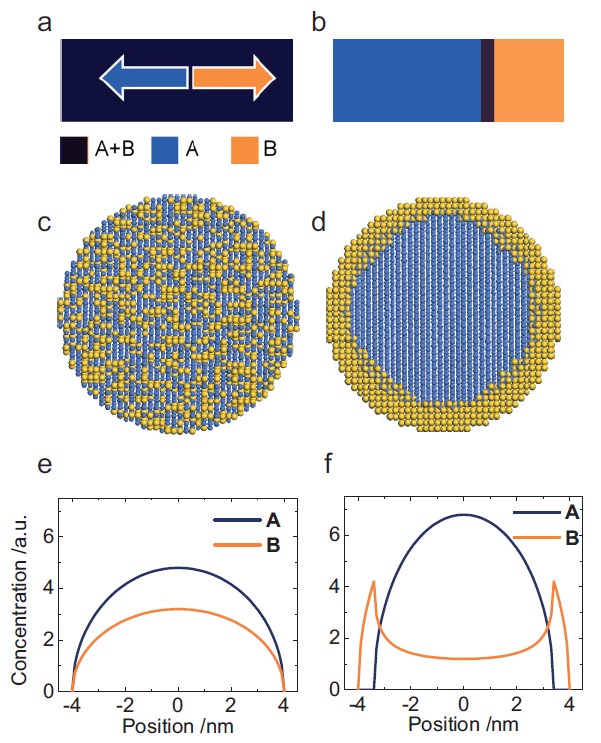 Figure2: Schematic depiction of the synthesis of hetero-structured NPs by phase separation and surface segregation, a) A bar with two materials (A and B) uniformly distributed inside. Arrows indicate the direction of the net diffusion flux. b) The bar in (a) after phase separation and segregation. c) Cross-sectional view of a NP with two materials uniformly distributed inside. d) Cross-sectional view of a core/shell NP developed from the particle in (c) after phase separation and surface segregation. e, f) The concentrations of the two materials, A and B, across the equatorial plane of the particle in (c) and (d), respectively. The right figure is the high angle annular dark field (HAADF) image and line scan composition distribution confirmed the core-shell structure. 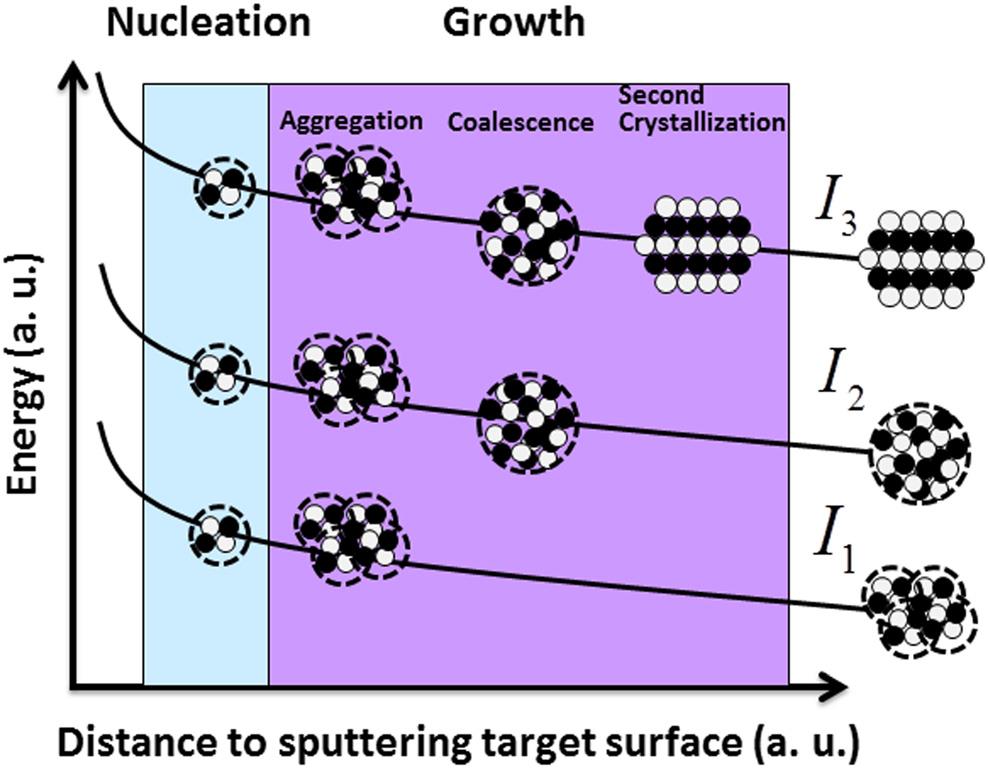 Figure 3: Schematic illustration of the dependence of the Sm-Co NPs on sputtering current levels.

Magnetic hyperthermia is a noninvasive, locally selective approach to convert the magnetic work to heat with iron oxide by an external, alternating magnetic field for. However, proper regulation of thermal energy remains a challenge because of the lack of feedback from the local temperature change to the external power supply. Here, we show development of smart magnetic nanoparticles composed of Fe and Si with intrinsically tunable heat generation capability. They were engineered to possess an adjustable magnetic transition temperature (such as Curie temperature) through tuning the exchange between Fe atoms by incorporation of silicon atoms. With the temperature increase, the magnetization of the nanoparticles decreases and then the energy conversion greatly reduced, as well as the heating. Thus, the temperature will not further increase and avoid overheating. This design can also be used in drug release. 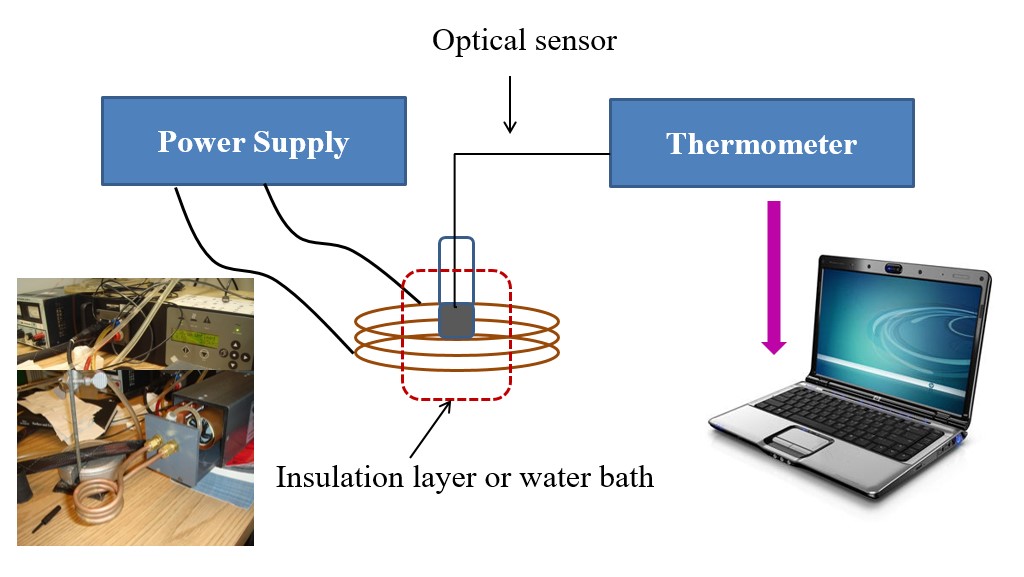 Figure 4: AC magnetic field is used to heat up the NPs, and the heating will stop at certain temperature. Then, the self-regulated temperature control is achieved.