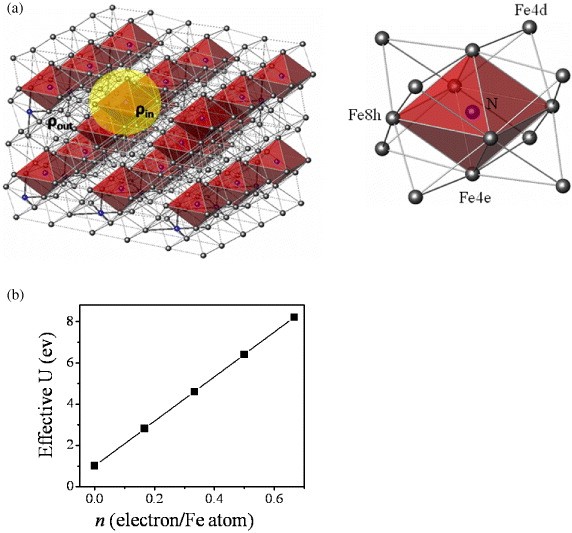 Figure 1. (a) Crystal structure of α“-Fe16N2. Fe–N octahedral clusters are highlighted in red. The proposed charge density distribution is schematically drawn with a yellow sphere. ρin and ρout as marked in the figure illustrate such difference. The right figure shows the chemical environment of the three iron sites: Fe8h and Fe4e are within the cluster region and Fe4d is outside the cluster. (b) 3d electron charge difference per iron site between the interior and exterior of the Fe–N octahedral cluster versus the effective on-site Coulomb U.

Novel magnetic materials are essential to Green Economy, whose goal is trying to decrease the energy consumption and reduce the environment destroy. Iron nitride (Fe-N) is new magnetic system which can satisfy the great demand. The body-centered-tetragonal α";-Fe16N2 phase has been proved to have the giant saturation magnetic flux density (BS) of 2.8 T. Recently, it is proposed to be a potential hard magnetic material, which has the highest maximum magnetic energy product (B∙H)max in the order of 100 MGOe. Iron and Nitrogen are abundant in our planet, and then α"-Fe16N2 based permanent could exceed the rare-earth permanents which is the representative of current high performance magnet, but also heavily destroys the environment during the mining. Figure 1 shows that α"-Fe16N2 based magnet is the fourth generation of the family of the permanent magnet, due to its ultra-high magnetic energy product.
Now, Fe-N magnet with (B∙H)max of 20 MGOe has been obtained. By modifying the parameter of phase transformation, higher maximum magnetic energy is expected in the near future. 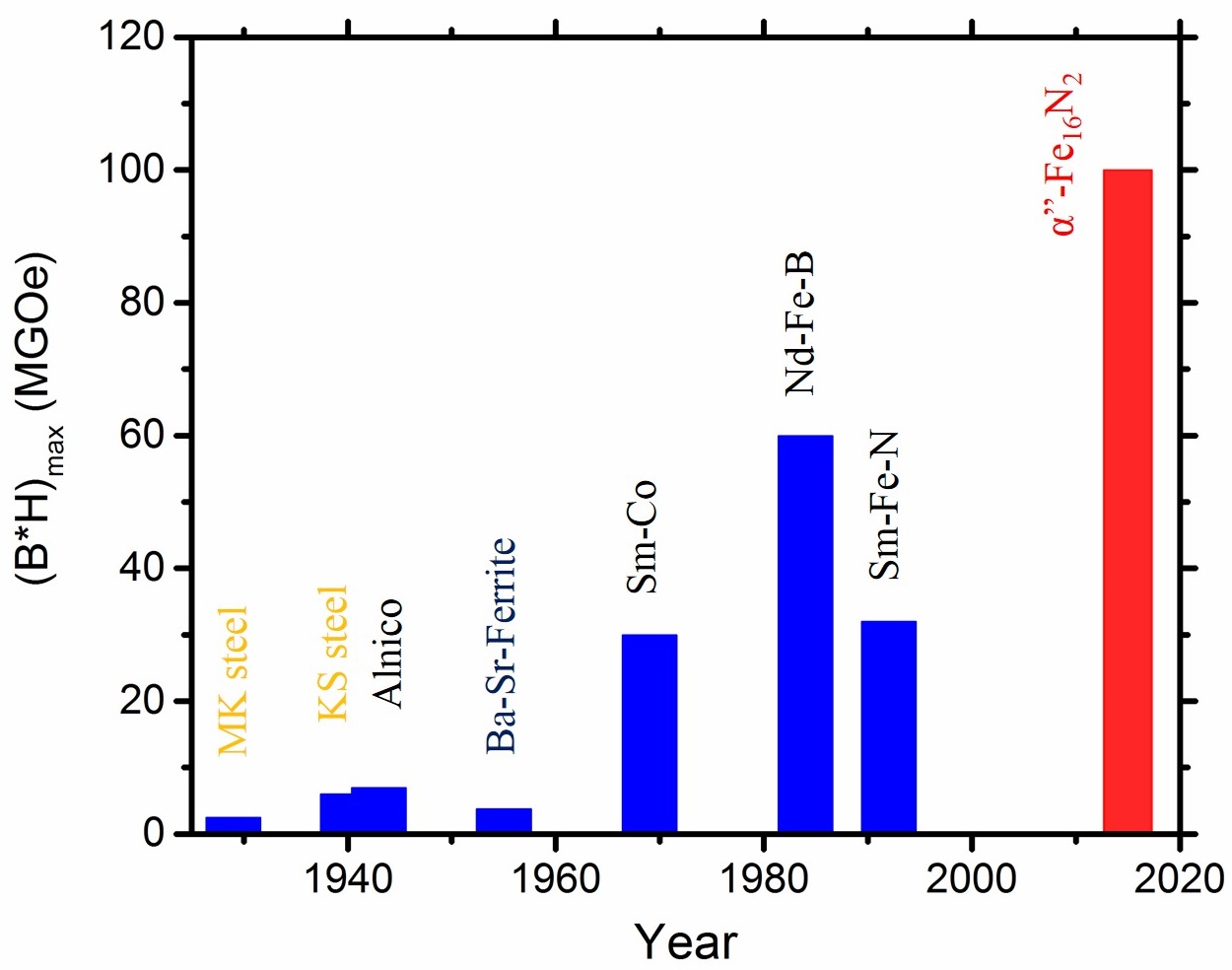 Figure 2. The history of permanent magnet. Red column is the simulation result for α”-Fe16N2 magnet.

Minnealloy is a superior soft magnetic material based on co-doping of nitrogen and carbon in the Fe lattice. Because of the co-doping, the magnetic anisotropy has been greatly decreased. Moreover, the nano-grain strucutre further decrease its coerciity. Thus, the minnealoy has both high saturation magnetization, and low magnetic anisotropy, and coercivity. These will help to reduce the size, increase the power density, and increase the efficiency of the electronic machines and devices. The material will have applications in transformers and inductors used in cell phone and laptop chargers, electric vehicles, solar cells and so on. We are studying the material synthesis process, phase transformation kinetics, magnetic behavior, and microstructure of Minnealloy using our own resources. We are planning to collaborate with power electronic groups to develop devices based on Minnealloy. 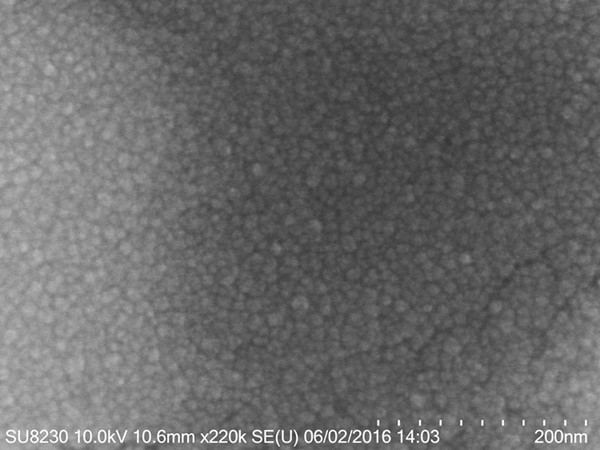 Figure 3. Microstrucure of nanograined Minnealloy. Image taken with scanning electron microscope (Hitachi SU8230) at Charecterization facility of U of Minnesota.