The new cluster tool UNIVEX MULTICHAMBER (OLV) includes one etch chamber (PM1) and two sputtering process chambers (PM2 and PM3) for thin film deposition on wafer substrate of 6” or 8” diameter. The new OLV sputtering system is provided with a Load Lock chamber (LL), which has 12 wafer slots and is used to load and unload wafers. It also has a vacuum transfer chamber (TM), which is always kept under vacuum during the normal operation. The PM1 can be used for wafer surface cleaning that has base pressure of 10-7 Torr. The PM2 is used for metal thin films deposition with base pressure down to 10-9 Torr. The PM3 is used for metal and oxide deposition that has base pressure down to 10-8 Torr. Beside the hardware, the OLV sputtering system is controlled by a software and fully automatic during the normal operation and allowed to process the thin film deposition in the different chamber at the same time. 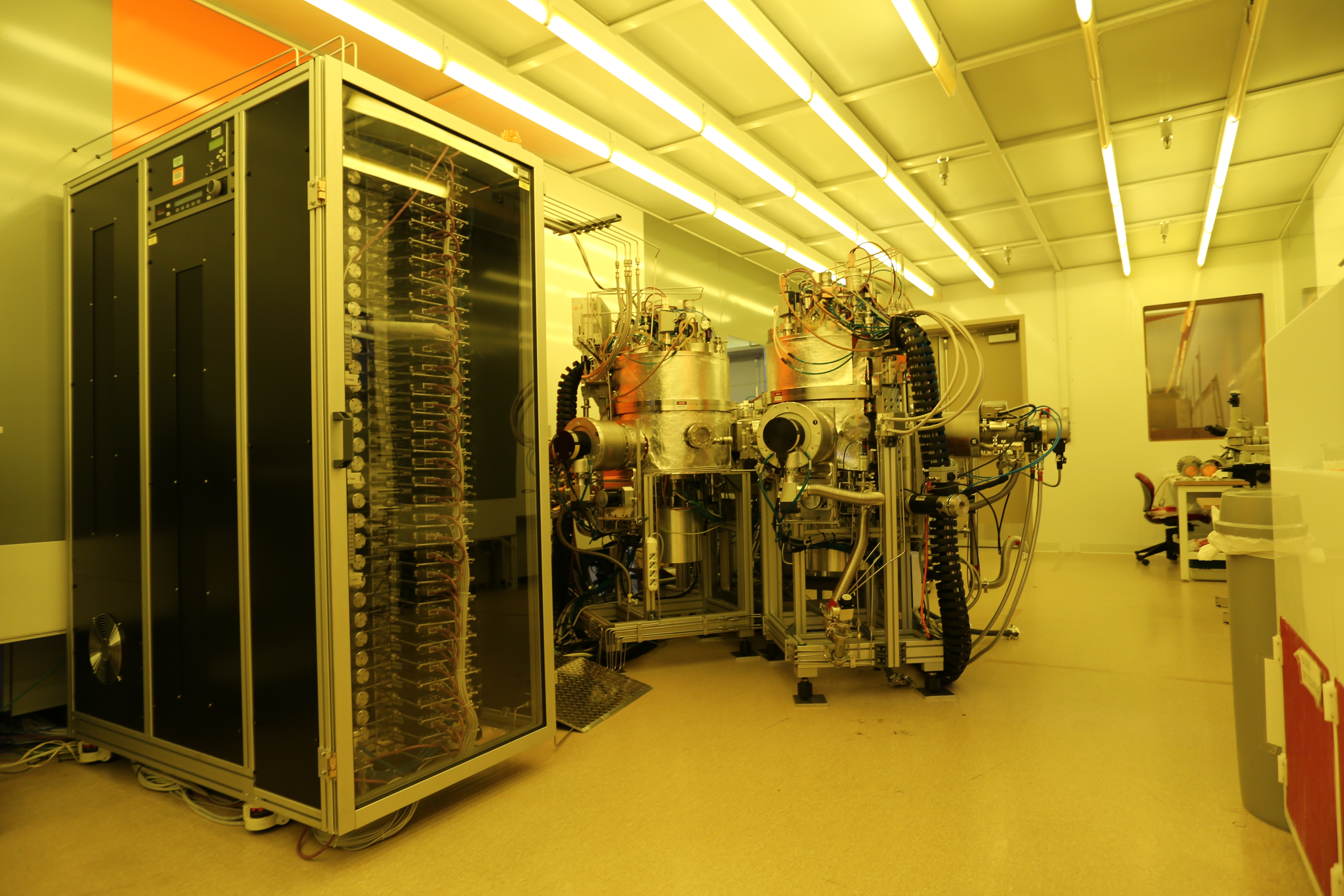 Shamrock sputter system is a special sputter tool that can be used to deposit high-quality films, including GMR and MTJ stacks. It is an automatic tool with three chambers, one load-lock chamber(CM) with 12 slots and base pressure about 10-7 Torr, One transfer chamber (TM) with base pressure about 10-7 Torr and one high vacuum process chamber (PM) with five 3-inch DC Guns and one 4-inch RF Gun and base pressure < 5×10-8 Torr. It can prepare thin films up to six-inch wafers. 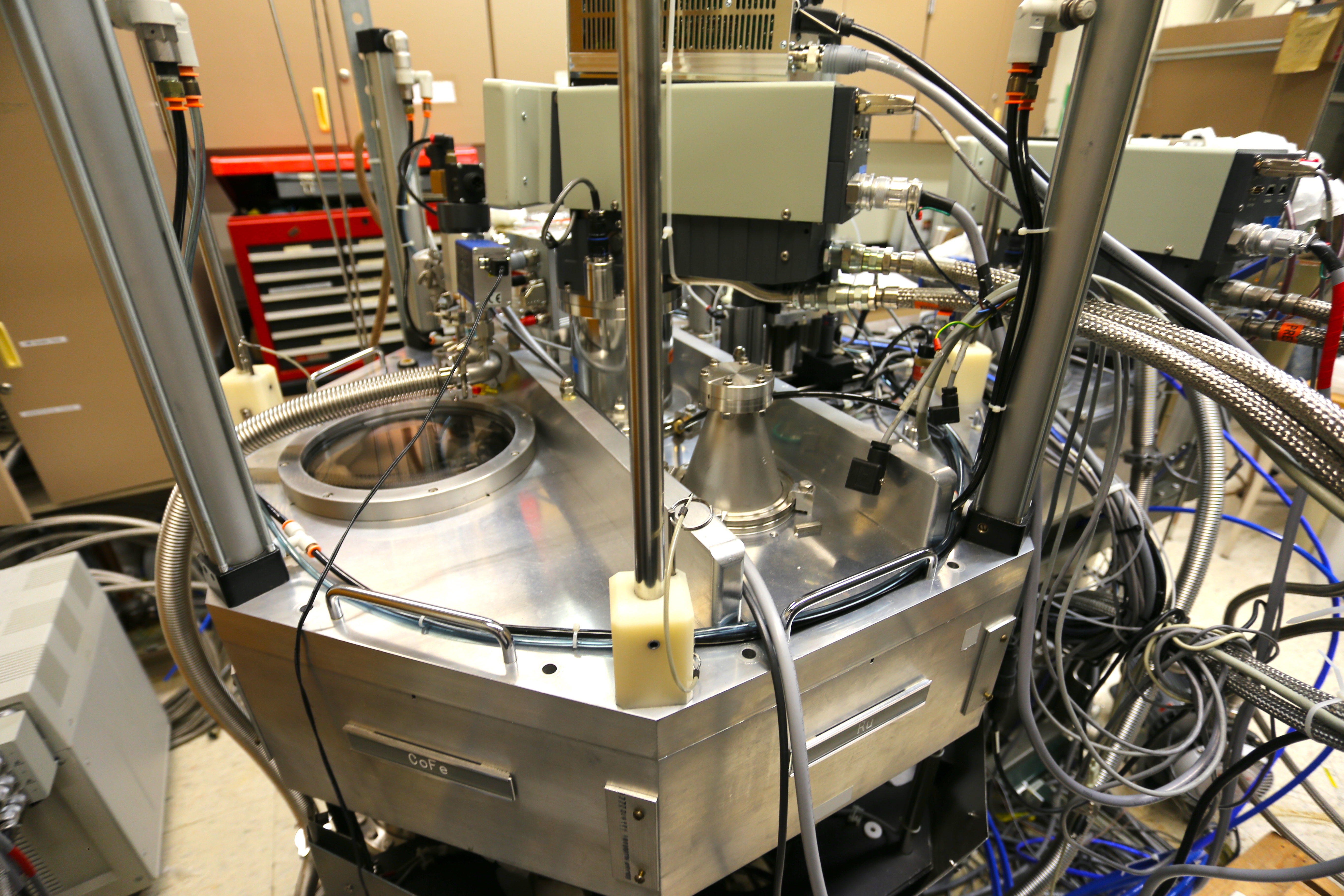 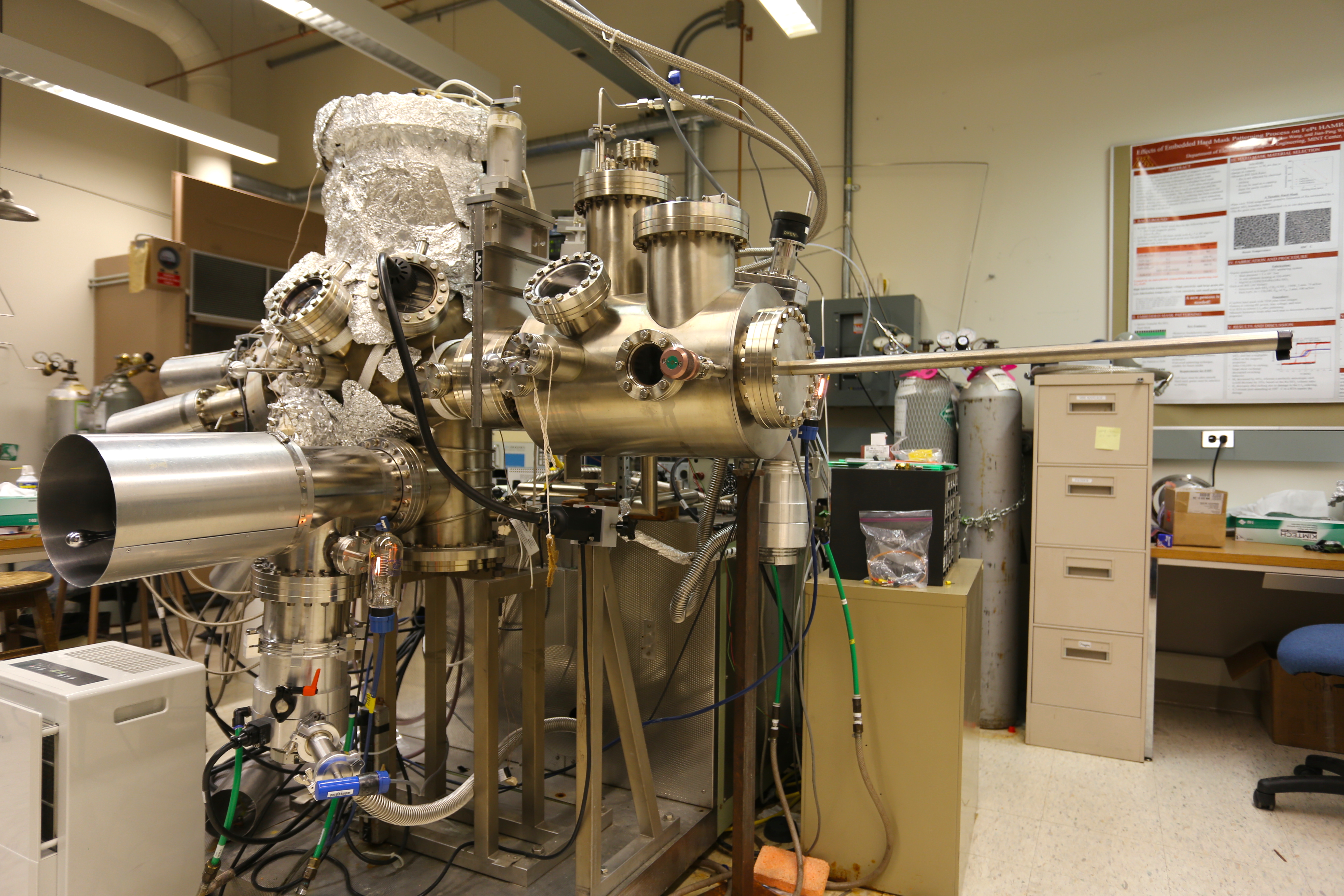 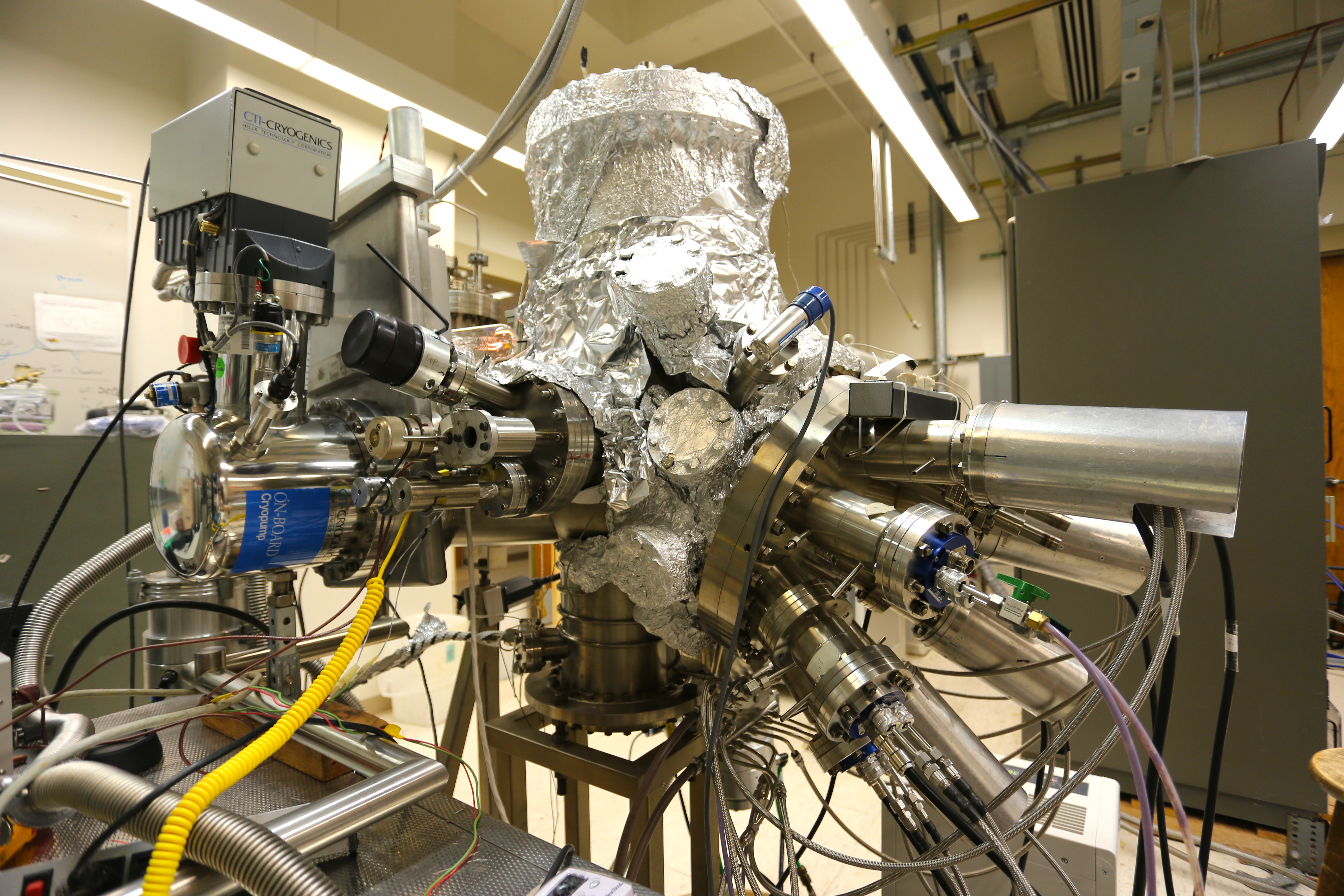 Facing-target sputtering can be used to grow high-quality thin films. This special sputtering geometry greatly enhances target usage and reduces radiation damage to the films. Three pairs of targets can be installed in this system. The load lock chamber can be heated to 600 ºC.

This is an older facing-target sputtering system that can accommodate only one pair of targets. It has the advantage of high deposition rate and can grow Fe and Fe-N films with high crystal quality.